Goal Zero is an American company which develops solar panels, power packs and lighting products that can be used effectively anywhere in the world.

Goal Zero developed the latest Yeti 1400 and Yeti 3000 portable power stations to be the epitome of on-demand power at the push of a button - a clean alternative to a gasoline-powered inverter generator. It produces 1500W of continuous AC power and a 3000W surge for running demanding devices and offers a number of advanced DC power output options without fumes, noise, or maintenance requirements. Designed to recharge equally well from solar or traditional power sources, the Yeti is a versatile power solution for off-grid structures, home-backup, vehicle integrations, or outdoor recreation.
WiFi connectivity, enabled by ESP32 microcontroller, allows a user to sync the Yeti power station with the Goal Zero Yeti App to control ports and monitor a power usage right from their phone. The Yeti App also ensures that the Yeti always has the latest features and functions as they get released. 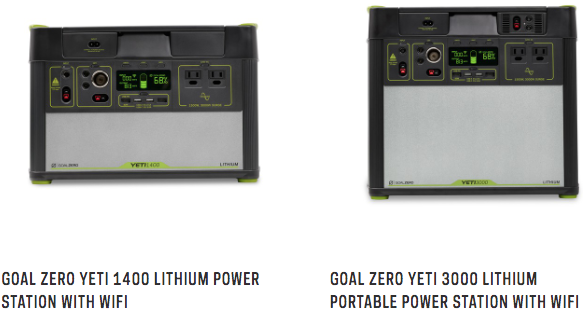 Goal Zero evaluated different possible approaches to cloud connectivity.
“Mongoose OS is a good choice because of its compatibility with affordable WiFi solutions, its useful libraries manipulating and interpreting strings and JSON (common languages of Internet APIs), and most importantly, its rich OTA functionality. Finding all of these in one package was a godsend.” says Alex Stout, lead Firmware Engineer at Goal Zero.

Goal Zero, knew it was a time to enter the IoT space with their larger products, but with only a handful of engineers whose experience has primarily been in power electronics and embedded systems, they were not sure how to accomplish this. While looking at some of the solutions from different suppliers, Mongoose OS came up as a way of bridging the skills gap between where Goal Zero’s team was and where they wanted to be in the cloud and mobile app space.
“After a few weeks of test driving and reviewing content, it became clear for us that Mongoose would be a huge help, if not an outright necessity, in achieving our product vision.” says Sterling Robison, Engineering Supervisor at Goal Zero.

Goal Zero experienced much faster development iteration interfacing with the Internet using Mongoose OS as it used familiar libraries and made interaction with popular cloud platforms a breeze.
"Mongoose OS is stable, the OTA functionality ensures that we can continue to improve both performance and stability with our own updates as well Mongoose OS upgrades. In fact we would feel frustrated, if couldn’t use Mongoose OS anymore. There is a lot of R&D done on this platform. It would take months to find and prove out another platform that provides all the same functionality.” continues Alex.

“The API is very useful especially in the Internet side of “IoT”. The tools Mongoose OS provides to interpret and manipulate strings and JSON were invaluable. The experience we had of working with Mongoose OS team has been concise and professional” we heard from Goal Zero. 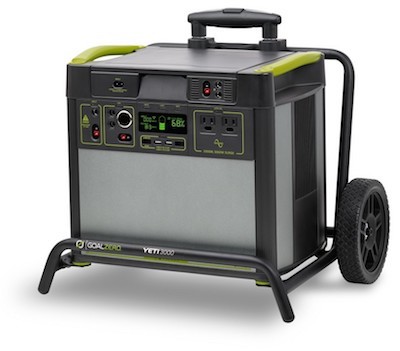 
“Mongoose OS is a huge help, if not an outright necessity, in achieving our product vision.” - Sterling Robison, Engineering Supervisor